One team, one mission

It is by having everyone work together with the right values, the right tools and with proven methods that we can succeed.

Our mission is simple: allow everyone, students and adults, to achieve their full potential.

Dedicate our energy and our talent to doing what is right with proven methods. All this, every day, with a smile!

Empathy is at the heart of what we do. It is by placing ourselves in students', parents', professionals' and school administrations' shoes that we are able to understand them and offer them what they really need. Our team is also set apart by its respect, by its professionalism and by its constant desire to contribute to everyone's success.

Some members of our team 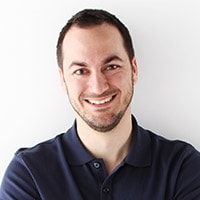 Since the 1st day, Carlo has been coordinating our Canadian and European activities and plans future projects with almost too much spirit. 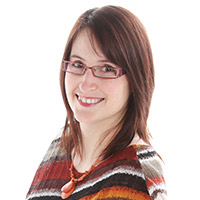 Through her involvement and dedication, Caroline makes sure on a daily basis that our clients are in good hands: her own.

A company hailing from the best engineering university in Switzerland, they offer award-winning training solutions in spelling and mathematics for which Math et Mots Monde is their worldwide francophone partner.

As the designer of WordQ and SpeakQ, Quillsoft has demonstrated its brilliance over the years by creating simple but incredibly efficient tools to improve users' written expression.

For several years now, Math et Mots Monde and the MEES have collaborated in order, among other things, to make ministerial examinations fully compatible with WordQ. It is now a given that every student using WordQ during their exams are benefiting from this wonderful collaboration.

The GRICS is an organization that offers a complete portfolio of technological solutions and a wide range of services to all of Québec's school boards. Its collaboration with Math et Mots Monde has allowed the development of know-how allowing the design of examinations and documents that are fully compatible with the technological solutions proposed by Math et Mots Monde.

Designer of the popular correction software Antidote, Druide computing and Math et Mots Monde collaborate on a regular basis in order for students, their parents and the schools of Québec to be able to benefit from the best writing tutorial tools.

Edteq mission is to be the main voice of Education Technologies in Quebec province at the national and international scale, in order to highlight the products developed by its members for accelerating the digital transformation of the education sector.

“Ministère du Numérique” for the project called “Mission Services et Usages numériques - Agence du numérique”. Use of WordQ+SpeakQ within EPNs and with the “pôles Handicap” on major industrial and commercial groups and organizations in France.

Quai du “Numérique” de Dunkerque: Association in relationship with collectivities for their Handinum sessions. They inform and train thousands of people in North of France on how to use the best computer tools and technology for people living with physical and neurological limitations.

Fédération Wallonie Bruxelles in Belgium: WordQ+SpeakQ and Inspiration are labelized, recommended and used within their schools.

The network of Digital Public Space (EPN in French ) offers French and European citizens the ability to access , discover, learn , share , create and learn to use digital tools, including software and tools proposed by Math & Mots Monde.

The easy way to make our website accessible. Learn more >